After seeing the show A Slice Through the World at Modern Art Oxford in the summer of 2018 and visiting the group show "der grosse Anspruch des kleinen Bildes" at Barbara Wien in Berlin recently, I was really intrigued by Ian Kiaer's work, which has been sitting on my mind for months. Verses from Tao Te Ching, one of the canons of Taoism, frequently occurred to me when I was looking at Tooth: Endnote. The Taoist idea of emptiness being an indispensable but often neglected element that makes the totality of being pertains to the idea of the endnote, the margin of thoughts, which provides the possibility of evoking ideas against or beyond the normative, the logical and the orthodoxical.

This emptiness is often misunderstood as pure nothingness but what is invisible to the eye is not necessarily non-existent. What cannot be put into words does not equate a lack of feeling. The invisible air that fills up the plastic inflatables creates a Taoist vase that permits a meditation on the passage of time reflected in the materiality of the plastic for domestic uses. The scratched plexiglass from the bus-stop and the crumbled and broken plastic with dust immediately fall under the rubric of the “uselessness” in the context of the above quoted chapter from Tao Te Ching. No longer valid for further practical use, the materials acquired a poetic capacity to create a space of imagination, where memories of unproductive boredom, idle afternoons, daydreams and a tinge of anxiety dwell. These are the endnotes of every-day experiences. 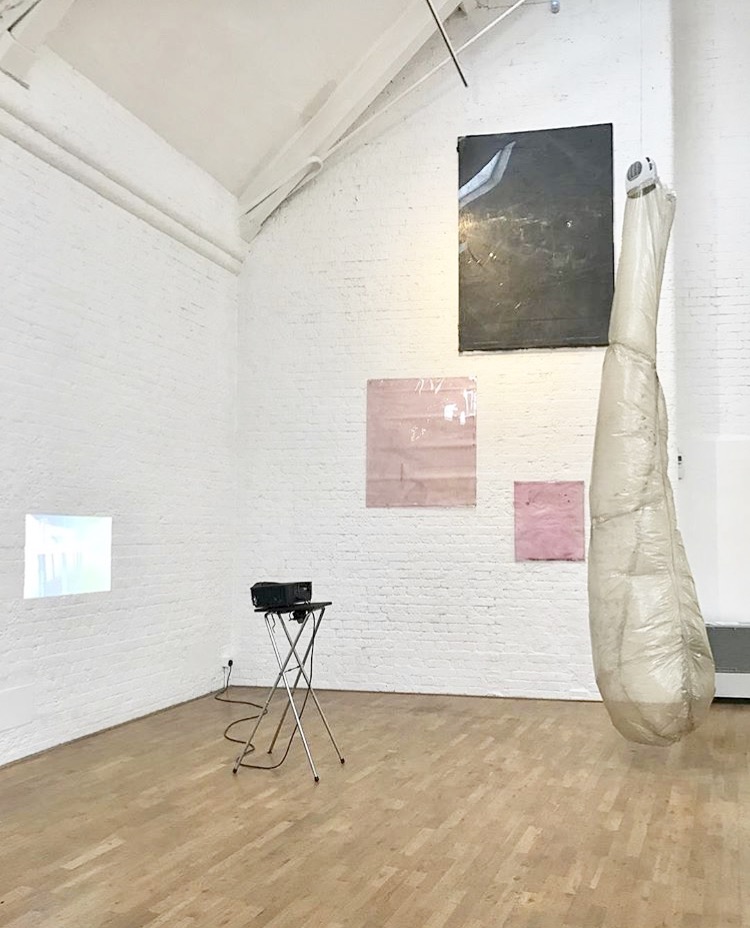 The idea of the model is also interesting in the sense that it enables the process of thinking to be congealed into a physical and materialised form characterised by the potential to become. In the French philosopher Gaston Bachelard’s La poétique de l’espace, the miniature is regarded as “one of the refuges of greatness” in that “the minuscule, a narrow gate, opens up an entire world. The details of a thing can be the sign of a new world which, like all worlds, contains the attributes of greatness.” But in Kiaer's work of the model, apart from the emergence of being, there is an equally prominent sense of unbecoming, like a site forever stuck in its current condition, a stranded construction.

To some extent, these models are to be deserted in the end, like the plastic wraps and the plexiglass boards. There is a sense of poignancy in beholding such an object whose functionality and meaning are bound to expire, similar to the Buddhist meditation practice using visualization, i.e. beholding a human skeleton, to meditate on the nature of death and impermanence.

in the following Buddhist verse:

Made by a potter,

Each life of a mortal